We started out as 3 students who love bicycles. We kept hearing our friends complain about how difficult it is to get your bicycle fixed in Amsterdam.

The long waiting times, the lack of transparency, and, most of all, the fact that you had to drag your bicycle around town to find a bicycle shop that’s only open when most people have to work. 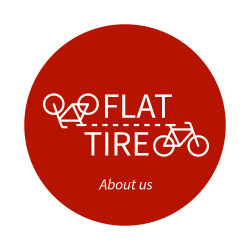 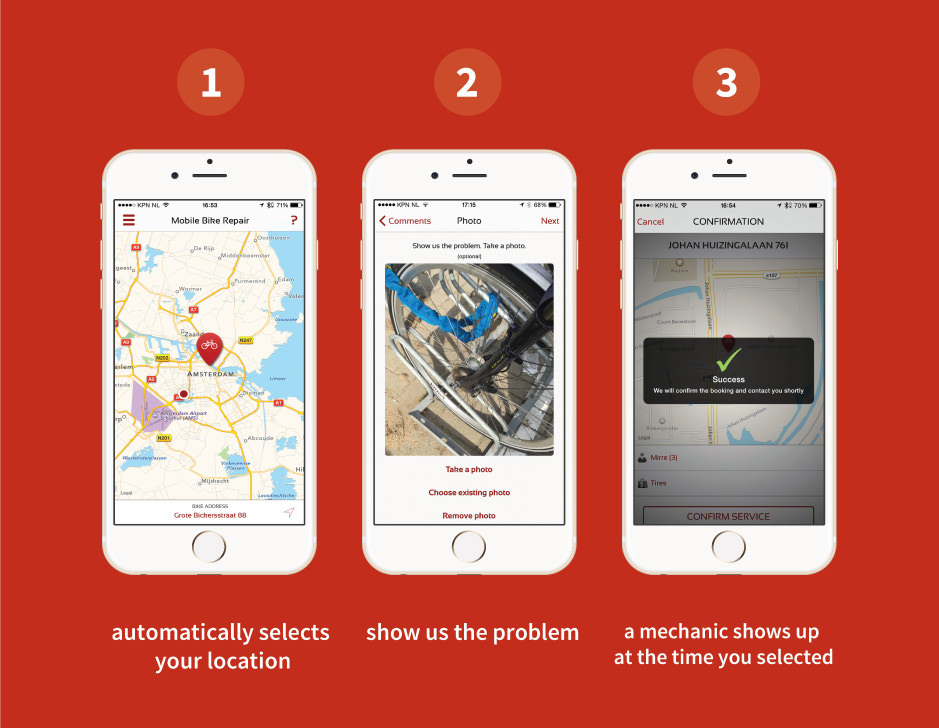 We realized it was time for a change. Starting out with just a Facebook page, we realized we needed to focus on speed and quality! This led to almost one year working on releasing our iOS app. When launched, it made quite an impression, as few people were expecting to be able to fix their bicycle on location with an app. We even made headlines in Het Parool.

We believe that bicycles are awesome. More than 100 years from their invention, they have changed surprisingly little, and continue to be key to urban commuting in many cities around the world, with more bicycles than cars worldwide, and more sold each year.

Not only do they represent a decent chunk of our past and occupy a significant role in the present, but we believe that they are the key to our future as well, being a very common sense solution to the problems that tomorrow’s cities will face, from pollution to congestion.

This is why we are honored to do our part in bringing this about. As awesome as bicycles are, if they don’t work, it’s no good. Waiting 3 days to get your bicycle fixed is also no good. Things need to change and we’re on it 🙂

We know how frustrating it is to find a flat tire or a broken chain and not have the time to go repair it somewhere. We’re committed to mobile bicycle repairs and to serving you with quality and value. Our team is highly skilled and has a passion for bikes. We love bikes and care about yours!

Whether it’s our quick, quality, friendly service or the honesty and value we bring to every interaction, our customers love us.

Most issues can be fixed within 20 – 40 minutes. If you think your bicycle is more complicated for some reason, do let us know.

You also have the option of uploading a photo of your bicycle.

We need all the help we can get to grow, so please let your friends know. Thanks!

Easy to book, great communication, Quick to respond and really friendly! Dream team - great work, will be using you again. Thank you !!!

Life savers <3 After getting a puncture on the way home I was forced to walk in the rain thinking how on earth would I...